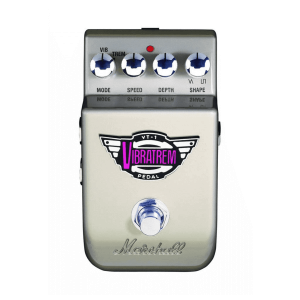 Shipping not included in Price

We ship Victoria wide. Please contact us to discuss shipping costs and options. Pick up is available by appointment only,

From Link Wray to The Rolling Stones, vibrato and tremolo are FX that span across hundreds of genres and are often heard on iconic hit songs. Whilst the effect is simply a slight but rapid variation of pitch, the VT-1 Vibratrem pedal takes the effect further and gives you a wide array of controls to help you create a unique sound. It works perfectly alongside a stereo output for a wider audio spread.

We know our clientele, and we hope it shows when we talk about our product ranges.
Shop Now